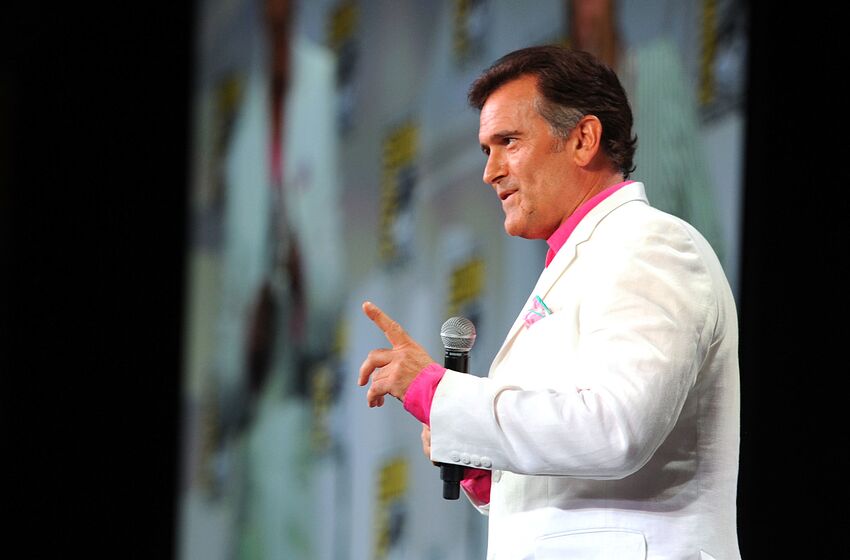 Bruce Campbell is everyone’s go-to-choice for superheroes. For years, it was believed that he was going to be Mysterio for Sam Raimi in the Spider-Man series. Now, fans want DC Comics and Warner Brothers to cast him as Kingdom Come Superman.

No one plays larger than life quite like Bruce Campbell. Although he auditioned for The Phantom in the 90’s and lost to Billy Zane, his name still comes up in discussions to play heroic types. Let’s face it, Ash Williams fits that bill and so does Brisco County, Jr.

For years, fans of Sam Raimi’s Spider-Man series were convinced that if the director would have made a fourth installment, Campbell would have appeared as Mysterio. So, it isn’t really surprising to find out that the latest hot buzz going around the internet is the actor’s admirers would like him to portray Kingdom Come Superman.

In the comic, the Man of Steel is older and has experienced some tragedies in his life. The Joker murdered his beloved Lois Lane and he has gone into seclusion at his Fortress of Solitude. Meanwhile, the world is falling apart as chaos reigns and the Midwest is decimated.

Wonder Woman coaxes the hero back into action to save the world. Does this sound familiar yet? Ash vs Evil Dead? The Mettle of Man?

On Twitter, a fan of the comic felt that older Superman resembled Bruce Campbell stating:

“Kingdom Come Superman shares an exact likeness with @GroovyBruce. I think it’s worth a shot.”

That same fan even brought Sam Neill into the thread by suggesting that the actor would be perfect as the senior version of Batman. He even urged Warner Brothers and DC Comics to consider the two thespians when casting the movie.

Of course, Campbell responded to the discussion with his usual pointed wit with this response:

Despite taking on Martin Scorsese and defending Marvel movies, we don’t envision the actor donning tights anytime soon to act with as he would put it, “tennis balls on sticks” against a green screen. However, maybe we will be seeing the actor on the silver screen in the future if his political satire script gets a greenlight. Fingers crossed that happens in 2020.

Next: Bruce Campbell: 5 most unusual onscreen deaths of his career

What is your favorite Bruce Campbell movie? Let us know in the comments.