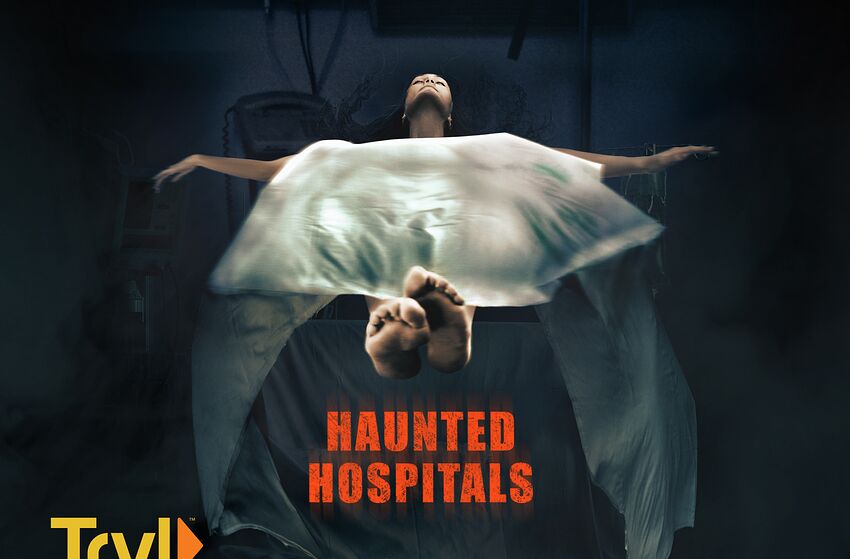 Haunted Hospitals premieres on Travel Channel this month. Get ready to fight a spider entity that steals souls, shadow people and sinister spirits from around the world.

According to the network press release, hour long episodes will focus on the paranormal experiences of medical personnel and patients. Some of the most haunted places in America are health care facilities like Waverly Hills Sanatorium, Trans-Allegheny Lunatic Asylum, Eloise Complex and Pennhurst Asylum.

The show intends to feature different encounters from around the world. Viewers can expect to see plenty of places where deceased health care professionals still walk their hospital corridors checking on patients as well as evil spirits that try to inflict harm on the living.

On Haunted Hospitals’ debut entitled, “Room 13, Voices From the Other Side and The Warning,” terror reigns supreme when a nurse finds herself going to war with a spider-like entity over a patient’s soul. For those of you that are fans of Stephen King’s IT, you may want to tune in to see this particular segment.

There is even a future episode that sounds like Don Coscarelli’s Bubba-Hotep where a malevolent spirit “feeds off” the elderly living in a senior citizen facility. Of course, there will be deceased patients haunting caregivers and shadow figures watching over dying patients.

For followers of Travel Channel, keep this one on your radars.

Next: Ghost Adventures enters the Screaming Room, be prepared to be scared!

Haunted Hospitals premieres on Saturday, Jan. 25 at 10 p.m. The second episode, “Annette, The Shadows and The Smoking Man,” airs on Feb. 1.

Will you be tuning into Travel Channel’s Haunted Hospitals? Let us know in the comments.