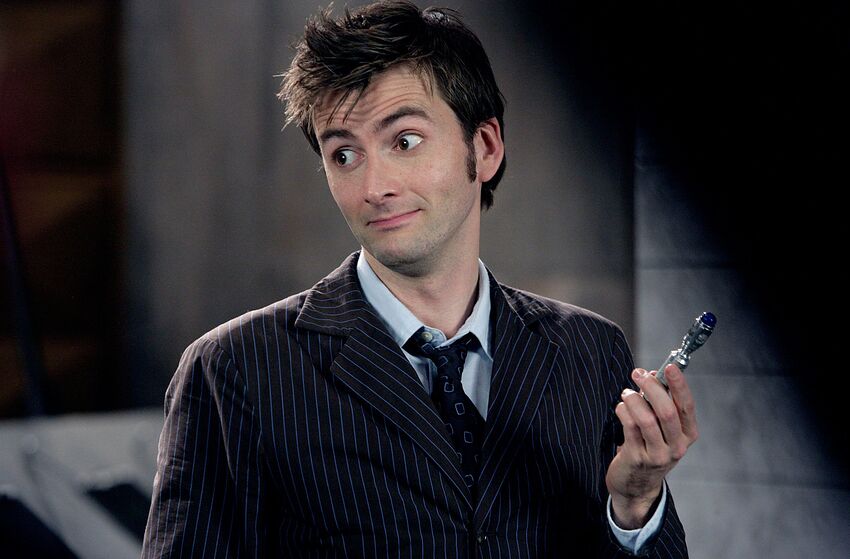 Picture Shows: DAVID TENNANT as The Doctor.. Doctor Who: The Doctors Revisited - The Tenth Doctor, the Doctor (David Tennant)

Doctor Who is one of the most beloved science-fiction series in the history of television. However, the show has also dabbled in horror as well. Here are 3 creepy episodes that will leave you wanting to keep the lights on.

Doctor Who has been around since 1963 on the BBC. For those of you that may be unfamiliar with this popular science fiction series, it revolves around a time traveler known as the Doctor, his companion (s) and his spaceship, the TARDIS (which is a Police Box).

He (or she) flies around the universe looking for adventure and also saves planets and various alien species when the call to action arises. The interesting part about this show is that the main character after a run of several seasons will regenerate or change identities. This means that many actors get the chance to play the role.

After 1989, the series went on hiatus and returned in 2005. Since the Doctor is a highly respected icon, actors clamor to portray the coveted character. Some well-known names like Christopher Eccleston (The Leftovers), David Tennant (Fright Night 2011) and Matt Smith (the upcoming Edgar Wright horror flick, Last Night in Soho) have spent time as the “wibbly wobbly, timey wimey” traveler.

At the end of each year, BBC America usually runs a Doctor Who-athon where viewers can re-watch their favorite episodes. If you have been curious about the series, this is a great time to dive in and get to know the players.

Don’t think that this is just a nerdy, sci-fi show. It is more than that. As a matter of fact, Doctor Who has even dabbled in horror. To give you a taste of how diverse and intelligent this series is, we have picked 3 creepy episodes that will leave you wanting to keep the lights on.

We have all seen statues of angels at some point in our lives. Either in our neighborhoods (perhaps in someone’s garden), or in a graveyard. They can be quite comforting because of course; we believe that they watch over us.

But what if they had more malevolent intentions? In this particular Doctor Who episode, these stone sculptures are lethal. You must keep your eyes on them at all times if you want to remain alive. Seriously, don’t blink!

This was a two-part episode that aired at the beginning of David Tennant’s reign as the Doctor. What makes this show disturbing is the fact that we are dealing with Lucifer himself.

As if being stranded on a planet while orbiting a black hole isn’t treacherous and frightening enough, the Doctor and his companion, Rose Tyler (Billie Piper) have to take on possessed aliens and a human who becomes the living embodiment of Satanic script. Think Pablo in Ash vs Evil Dead when he bonded with the Necronomicon and you have the right idea.

Will the Doctor face off with the Dark One? Trust us, if the Devil said, “Don’t look at me. If you look at me, you will die,” we would probably have a heart attack.

What do a gorilla and a minotaur have in common? Well, the Doctor and his companions, Rory (Arthur Darvill) and Amy (Karen Gillan, Nebula in Guardians of the Galaxy) find themselves in a 1980’s hotel that specializes in tormenting everyone by honing in on their personal fears.

The ape and the creature of lore spend their time terrorizing the trio while they try to control their emotions. Definitely, a very tense episode that will keep you glued to the television set until the end.

Next: Sigourney Weaver, Bruce Campbell and 10 heroes of horror

You can catch episodes of Doctor Who on iTunes, Amazon, Google Play, Xbox and VUDU.

Are you a fan of Doctor Who? Let us know if you have seen any of the episodes in the comments.